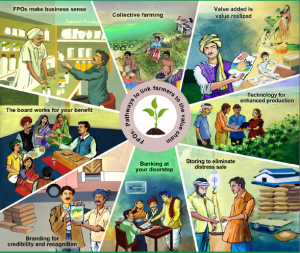 The State of India’s Livelihood (SOIL) Report 2021 has stated that just 1-5 % of Farmer Producer Organisations (FPOs) have received funding under central government schemes introduced to promote them in the last seven years.