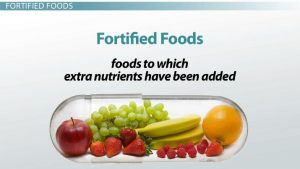 The Union Cabinet has approved a scheme to distribute fortified rice under government programmes.