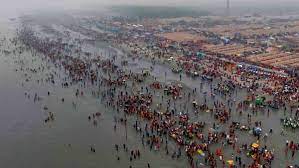 West Bengal ministers have demanded National Mela status for Gangasagar mela as record pilgrims have come to the mela this year claiming that the annual pilgrimage was turning out to be the biggest religious gathering in the country.