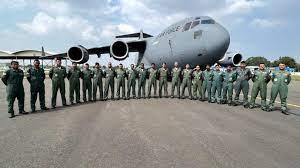 India and Japan are all set to hold the joint Air Exercise, ‘Veer Guardian-2023’ involving the Indian Air Force and Japan Air Self Defence Force (JASDF) at Hyakuri Air Base, Japan from 12th of January.