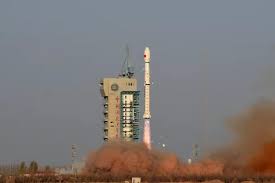 China has launched a new Earth observation satellite on 7th April 2022. This satellite will become a part of the country’s land-sea radar satellite constellation. It will capture images to help China safeguard its maritime interests.