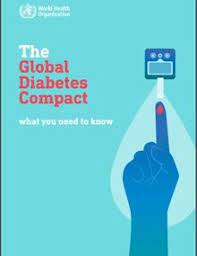 The World Health Organization (WHO) launched a Global Diabetes Compact to better fight the disease while marking the centenary of the discovery of insulin.