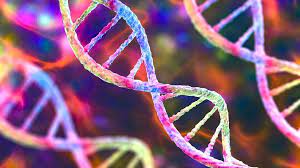 Scientists had published the map of the human genome for the first time nearly two decades ago which was hailed as a breakthrough.