Human Rights Report On India 2021: US 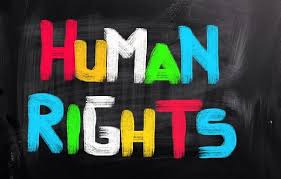 The US State Department released a strong and critical report on human rights in India in 2021.