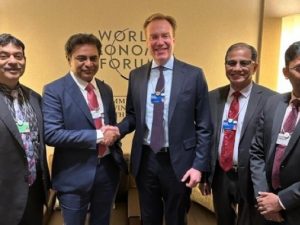 The World Economic Forum (WEF) has chosen Hyderabad, Telangana for establishing its Center for the Fourth Industrial Revolution (C4IR).