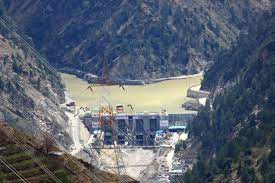 The central government has said that no new Hydropower projects would be allowed in the upper reaches of the Ganga and those sanctioned would have to abide by environment regulations that prescribe a minimum flow in the river at all times of the year to preserve its health.