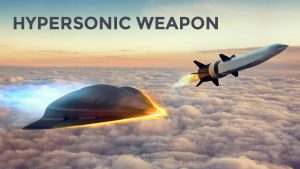 US has said that China’s pursuit of hypersonic weapons “increases tensions in the region” and vowed the U.S. would maintain its capability to deter potential threats posed by China.