INS Shivaji : Centre of Excellence In The Field Of Marine Engineering 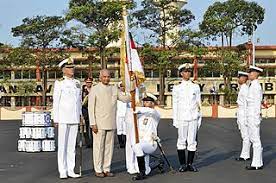 The Ministry of Skill Development and Entrepreneurship (MSDE) has recognised INS Shivaji as the Centre of Excellence (CoE) in the field of Marine Engineering.