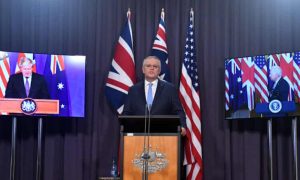 The UK, US and Australia have announced a historic security pact in the Asia-Pacific, in what’s seen as an effort to counter China. It is called the AUKUS pact and AUKUS alliance.