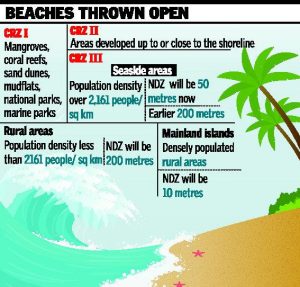 The Ministry of Environment, Forest and Climate Change has approved an exemption to the laws governing the regulation of coastal zones and has paved the way for gas-powered plants to be set up at Andaman and Nicobar islands.