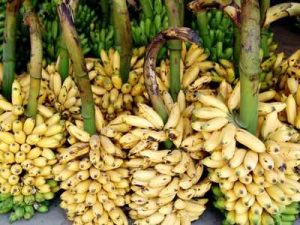 A consignment of fiber and mineral-rich GI CERTIFIED Jalgaon banana has been exported to Dubai from Tandalwadi village, Jalgaon district of Maharashtra. In 2016, Jalgaon Banana got GI certification which was registered with Nisargraja Krishi Vigyan Kendra (KVK) in Jalgaon.