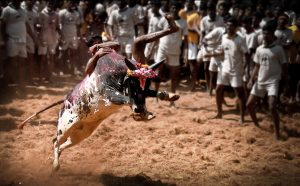 With a steep rise in the daily cases of COVID-19, the district administration in Vellore, Tiruvannamalai, Ranipet and Tirupattur, have banned the conduct of Jallikattu events, ahead of Pongal festival, as part of safety measures.