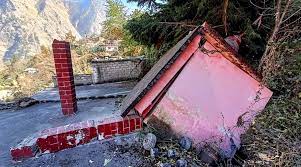 Due to land subsidence, Joshimath – a key transit point for tourists travelling to Badrinath and Hemkund Sahib – developed cracks, causing panic and protests among the local population.