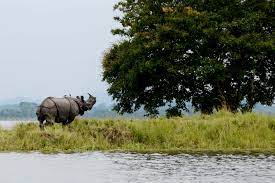 India and France are collaborating on Kaziranga Project.