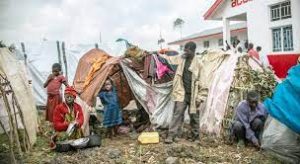 According to the United Nations Development Program (UNDP) report “Turning the tide on internal displacement: A development approach to solutions”, for the first time ever, more than 100 million people were forcibly displaced in 2022, most of them within their own countries.