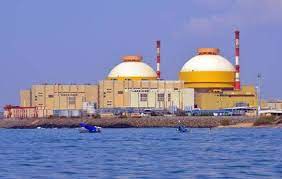 After Chief Minister M.K. Stalin wrote to Prime Minister Narendra Modi, urging him to halt the construction of the ‘Away From Reactor’ (AFR) facility at the Kudankulam Nuclear Power Project (KKNPP) site for storing nuclear waste, the Kudankulam Village Panchayat, under which the project site falls, has passed a resolution against setting up the facility.