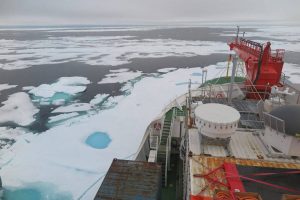 Last Ice Area: This region is located north of Greenland and Ellesmere Island in the Canadian territory of Nunavut.