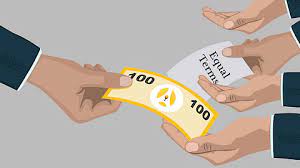 The World Trade Organization’s 164 members commit to treating other members equally so they can all benefit from each other’s lowest tariffs, highest import quotas and fewest trade barriers for goods and services.