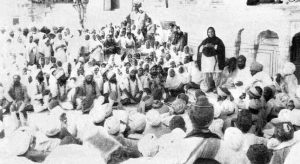 The Shiromani Gurdwara Parbandhak Committee (SGPC) commemorated the first entry of a police force inside the Golden Temple on 4th July, 1955 during the Punjab Suba movement (Morcha).