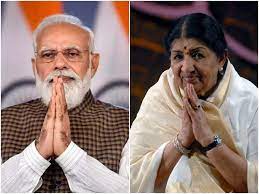 Prime Minister Narendra Modi will be honoured with the first-ever Lata Deenanath Mangeshkar Award, instituted in the memory of the veteran singer who passed away in February this year.