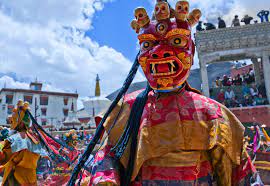 PM extended his greetings on the occasion of the Losar festival