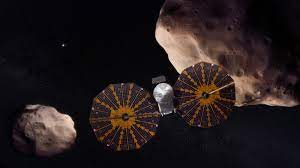 NASA’s Lucy mission — set to explore a group of asteroids that follow behind and in front of Jupiter’s orbit — hit a snag recently when one of its solar arrays failed to unfurl.