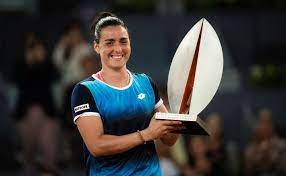 The 2022 Madrid Open was a professional tennis tournament that was organized from 28th April to 8th Amy 2022.