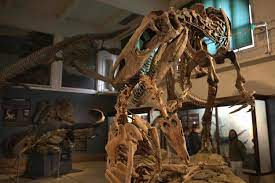 An apex-predator dinosaur has been discovered by Argentine palaeontologists. This dinosaur measured to be as tall as three stories building from its nose to its tail. It also used to disembowel its prey with its curved and sharp claws.