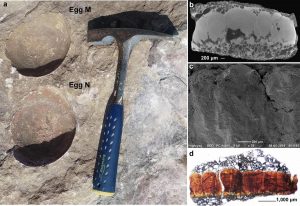 A team of researchers from the University of Delhi has discovered a unique set of fossilised dinosaur eggs, with one egg nesting within the other.