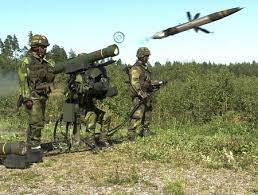 The United States and North Atlantic Treaty Organization (NATO) are shipping weapons into Ukraine, including highly sensitive items such as shoulder-fired missiles called Man-Portable Air-Defence Systems (MANPADS) that can take down aircraft.