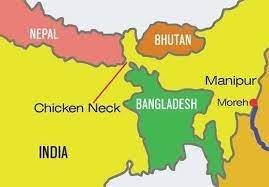 With Bhutan continuing to sit out the Motor Vehicles Agreement (MVA) of the sub-regional Bangladesh-Bhutan-India-Nepal (BBIN) grouping, a meeting of the other three countries was held to discuss the next steps in operationalising the agreement for the free flow of goods and people between them.