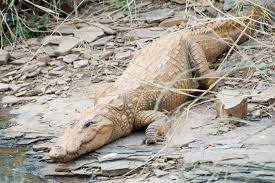 The Indian Railways has delivered water to Pali district in western Rajasthan to ensure survival of Mugger Crocodile or Marsh Crocodile as the region’s water bodies have dried up due to a hot March.