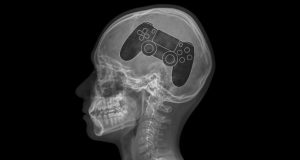 Gaming addiction, a disorder is quickly growing as the pandemic spurred an increased use of Internet devices.