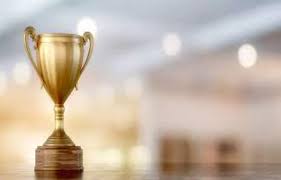 President presented the award to the nursing profession.