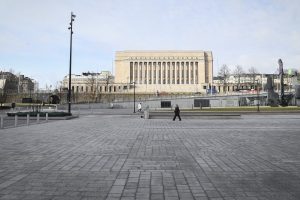 The French President suggested Finlandization might be a realistic outcome for Ukraine if and when the Russia-Ukraine war ends.