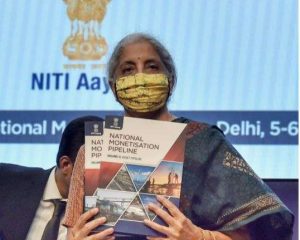 To make the National Monetisation Pipeline (NMP) a success, the government should give Income Tax breaks to attract retail investors into instruments such as Infrastructure Investment Trusts (InvITs), the NITI Aayog has recommended.