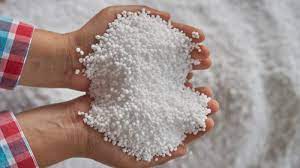 A team of Indian scientists has developed a new aqueous electrolyte that can help make electrochemical ammonia synthesis more efficient.