Biological E. Has Been Selected To Receive mRNA Technology From WHO Transfer Hub: 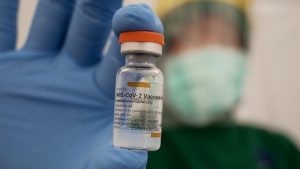