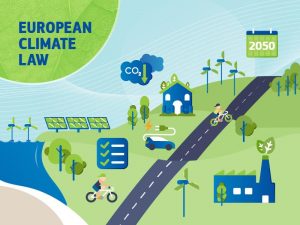 The European Union has unveiled some of the world’s most ambitious proposals, titled “Fit for 55”, to reduce carbon emissions and wean its 27 members off fossil fuels.