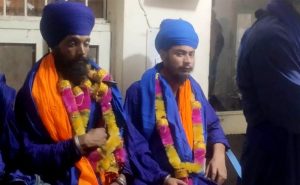 Last year, a group of Nihangs had chopped off the hand of a policeman in Patiala with a sword after he asked them to show ‘movement passes’ during the Covid lockdown.