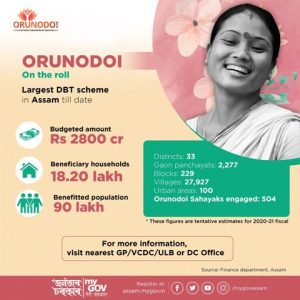 The Orunudoi scheme, with women as its primary target group, is perhaps the most popular one announced by BJP ahead of the Assam Assembly elections