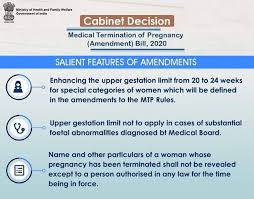 The Rajya Sabha passed the Medical Termination of Pregnancy (Amendment) Bill, 2020 that increases the time period within which an abortion may be carried out. The Bill was passed in March last year in the Lok Sabha.