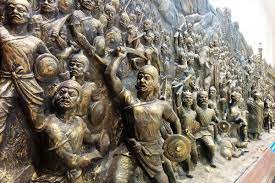 The 1817 Paika rebellion of Odisha could not be called the first war of Independence, but considering it as a beginning of a popular uprising against the British, it would be included as a case study in the Class 8 National Council of Educational Research and Training (NCERT) history textbook, the Union Culture Minister.