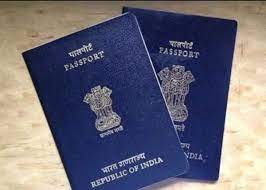 The government of India has announced that it will soon start issuing ePassports to citizens applying for a new passport or renewing their expiring passport.