PMKGAY : Allocation Of Rice And Wheat From May To September 2022 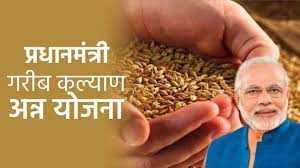 The Ministry of Consumer Affairs, Food and Public Distribution revised the PMKGAY (Pradhan Mantri Garib Kalyan Anna Yojana) allocation of rice and wheat for all the 36 states/UTs for the remaining five months — from May to September 2022.