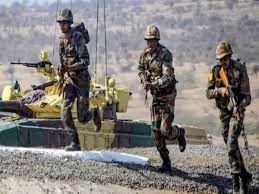 The Union Defence Minister has approved a policy on archiving, declassification, compilation and publication of war and operations histories by the Ministry of Defence (MoD).