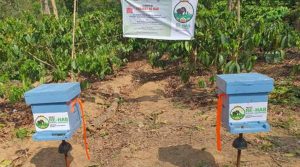 Buoyed by the success of its innovative Project RE-HAB (Reducing Elephant-Human Attacks using Bees) in Karnataka, Khadi and Village Industries Commission (KVIC) has now replicated the project in Assam.