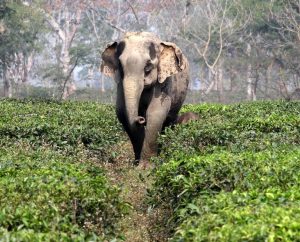 Current Data on Elephants in India: