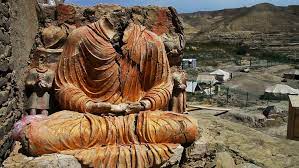 The Taliban regime in Afghanistan has said it would protect the ancient Buddha statues in Mes Aynak, also the site of a copper mine where the Taliban are hoping for Chinese investment.