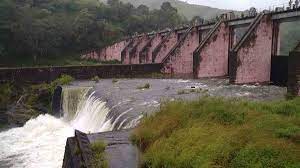 The Supreme Court ordered the reconstitution of the Mullaperiyar dam’s supervisory committee.